Mike D’Urzo is a prominent international touring magician born and raised in Thornhill. He attended Vaughan Secondary School and York University. His passion for magic and performing arts began in high school where he was introduced to a magician at Canada’s Wonderland selling trick decks of cards. From there, he spent every dollar he had and purchased his first magic trick. This eventually led to him performing shows throughout his school days and upon graduation from York U, this Vaughan Magician turned full time pro. He was the president of the magic club at York University which led to him performing in a 2-month tour across China for thousands of people. Mike is proud to call Thornhill his home and often performs his magic show around Vaughan in cities such as Markham, Aurora, Richmond Hill and Newmarket. He has worked with all of the municipalities at festivals and events over his 20-year career. 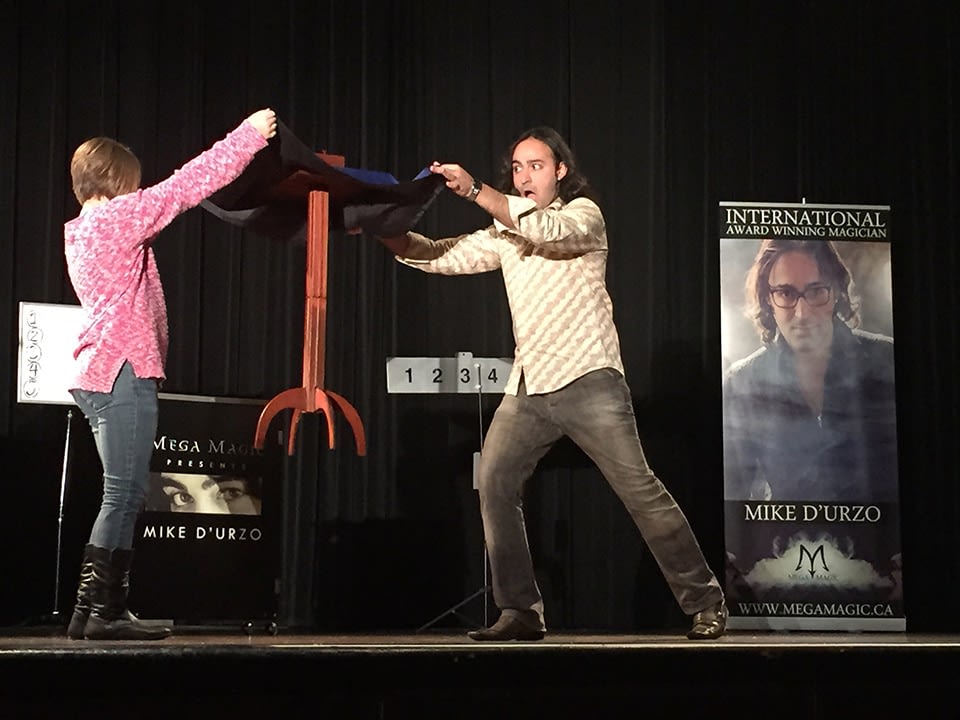 Mike got his start in magic by watching and learning from some of the top Canadian magicians. After developing his show over many years, his talents were getting recognized on an international scale. From performing at major casinos and corporate events in the United States to headlining a show for 10,000 guests at Canada’s Wonderland, his show has been a sensation. As a magician in Vaughan, Mike was able to fine tune his skills with others and developed many unique and original routines for his performance. Many movie companies including Sony Pictures, Warner Bros and Fox Searchlight have used Mike’s services for private celebrity events promoting upcoming theatrical releases. One of the first magic tricks that Mike learned was a making a napkin float- something that he saw David Copperfield perform in his live show. This has been a staple of Mike’s show for many years.

Next Level Magic Show in Vaughan

Over the years, Mike has brought his show to various events around Thornhill, Richmond Hill and Markham. He has been running a magic camp for children over the past 10 years through the Town of Markham. Every year, kids get to learn some amazing magic from Vaughan magicians. He has performed shows for various schools in York Region and has worked at many corporate galas. He was the headline show at RibFest Richmond Hill and brought his illusion show to the City Playhouse in Thornhill. Mike is a local magician in Vaughan and recognized as one of the top 10 magicians worldwide by the Wedding Industry Awards. Mike is sure to bring your event to the next level with his clever and witty humour. He is a must see show and can appeal to all ages. If you’re looking for a Vegas Magic Show in Vaughan, check out the rest of this website.