Magician Mike D’Urzo is an international award-winning magician from Toronto. He has won countless awards including the Canadian Entertainer of the Year award. He was name in the Top 5 Best Magicians in Toronto by Blog TO. Mike has been performing professionally since 2004 when he founded Mega Magic. He has toured around the world for hundreds of corporate clients, festivals, resorts, casinos and television networks. He has several different shows which have been featured in some of the most prestigious theatres and performing arts centers across the country. His show has been seen by millions of people worldwide across Asia, the Middle East and North America. He started his career performing at the Toronto Zoo and selling magic at Centre Island throughout high school and university. Since his start, Mike has performed for audiences of over 10,000 people and been recognized as one of the top magicians in Toronto. 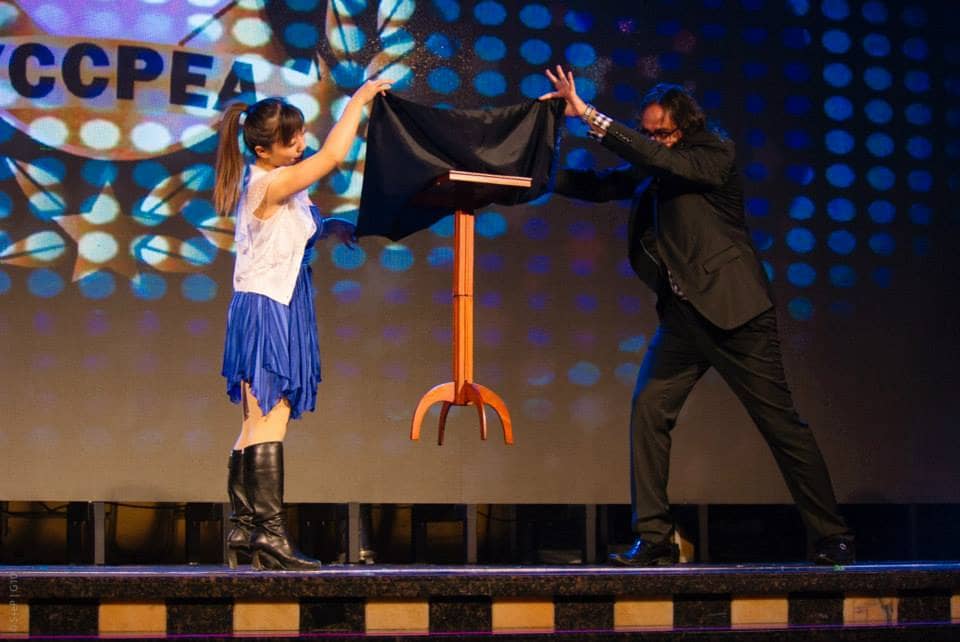 Mega Magic represents many of the top Toronto Magicians for private show bookings. Mega Magic- a talent agency for live entertainment artists produces some of the top magic, illusion and mentalism shows. Many magicians specialize in different forms of magic including close up, sleight of hand, stage, manipulation, illusions and mind reading. Some of the top magicians in Toronto are able to entertain audiences in intimate close up settings and on stage for hundreds of guests. Some high production stage shows may incorporate close up effects such as cards tricks by using a live eye camera projected on a screen. This is a great way to demonstrate magic as if it was happening right in front of you. Some of the best magicians will also incorporate volunteers into the performance to make it more interactive and engaging for the guests. Audience participation is a great way for magicians to create the wow factor in a show.

Toronto Magician with the Wow Factor

It goes without saying, magic shows are a unique form of entertainment that can keep audiences in suspense and wanting more. Magic has become a very popular type of entertainment for live events. People are wanting unique shows to keep their guests engaged. In the past, many people associated magicians with pulling a rabbit out of a hat or sawing a woman in half. We wanted to break the traditional stereotype of magicians and created a show to put twists on the classics of magic with the wow factor. Toronto magician Mike D’Urzo performed his Mega Magic show at the CNE which attracted over 40,000 guests. He also works closely with other magicians in Toronto and created a new show called Dueling Magicians. The show was featured in different theatres across Ontario. Join our newsletter to keep posted with our upcoming shows in the city.