Niagara Falls is considered the Las Vegas of Canada. The casinos, resorts, attractions and of course the Falls bring people from all over the world. Just like in Vegas, Niagara Falls is home to some of the top magicians in the country. Being a tourist destination, many people want to be entertained by watching a magic show. David Copperfield filmed one of his TV specials in Niagara Falls where he went over the falls in a barrel. Greg Frewin, a world champion of magic also has his own theatre with an incredible show. Magicians in Niagara Falls also perform at many private and corporate events. The Niagara Falls Convention Centre hosts many conferences and trade shows throughout the year. It’s one of the premiere destinations for conferences and meetings. Niagara Falls magicians can bring the excitement of Falls to your next event. 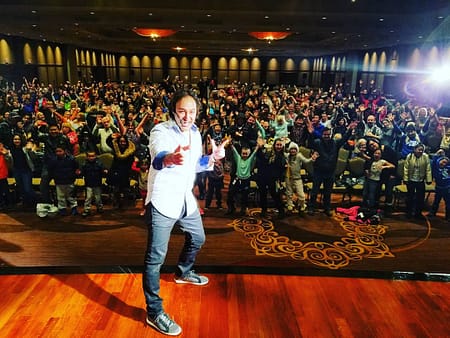 Magician in Niagara Falls for Weddings

Mike D’Urzo is one of Canada’s leading performers. He was the winner of the 2020 Entertainment Act of the Year by the LUXlife Global Wedding Awards and was named in the top 10 Magicians Worldwide by the Wedding Industry Experts Awards. Many couples are looking for the best entertainment for their wedding which is unique and can play big for their guests. Niagara Falls Magician, Mike D’Urzo specializes in magic shows with the wow factor. He has been the headline act at Falls Avenue Resort for over 7 years with nightly sold-out shows. He has been the resident magician at the Sheraton Fallsview, Crown Plaza Hotel and Marriott on the Falls performing his Mind Kontrol & Mega Magic show for audiences at the resorts. The show has a team of assistants, lighting experts and technical directors. The show appeals to a family audience of all ages. This magic show in Niagara Falls has been a must see for many people visiting the region.

Whether it be for a corporate event, casino or resort, Mega Magic has a program for every type of function. Mike has collaborated with different Magicians in Niagara Falls over the years and has established himself as a house-hold name. Mike has performed at numerous events at Fallsview Casino and Casino Niagara. He has headlined Casino Rama for over 2500 guests and received a standing ovation. He has even performed at many of the top Las Vegas showrooms including Caesars Palace, the Paris Hotel and the MGM Grand. If you’re looking for a family friendly comedy Niagara Falls Magician, you’re visiting the right place. Mike’s ability to interact with an audience is unparalleled and he has a world class magic show. After touring his show internationally, Mike is proud to call Niagara Falls home. If you’re looking to hire a Niagara Falls magician, be sure to check out this website to see how we can make your next function one to remember.